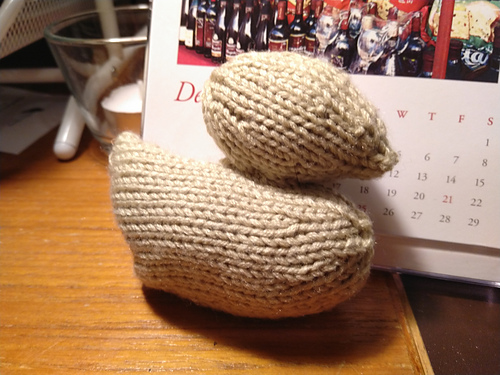 FWIW, since I was doing it a single color (to mimic a carved wooden duck), I just threw out the two beak pieces. Honestly I think they’re way too fiddly, both to knit and to attach.

I think I put the head on backwards, but that looks more like a duck to me. I also shortened the head a bit, since it looked too long in all of the photos. (Probably should have written down how much at the time, alas.)

Unlikely to make more, which is actually kind of a bummer, I would’ve liked to have given them to the whole gang.