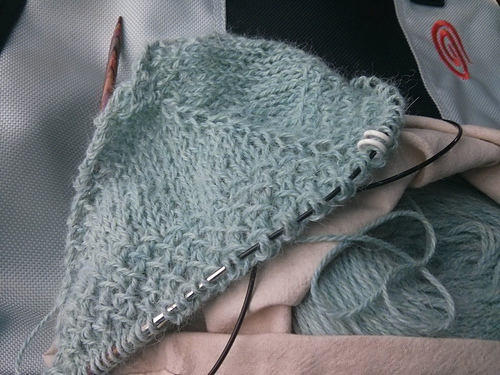 10/10 – I think it would look even better being blocked, but pretty happy with the results as is. (Was sort of hoping to end up with something bigger, tho.)

Starting rows: (since they aren’t in the pattern!)

Not super-thrilled with how that turned out in the top center at the moment, but will see when it’s actually done.

Probably did a couple rows too many of the first section of stockinette.

Somehow ended up uneven between the two sides, worked it out when I was at about 70 stitches total.