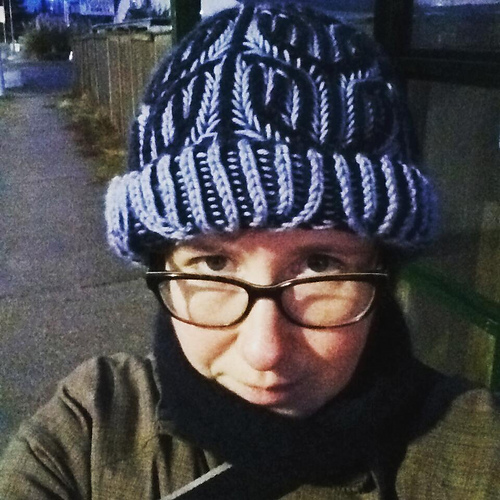 Learning brioche turned out to be one of the hardest things I’ve done with knitting in years. Just learning German Twisted Cast-On (which I ended up not using) was a struggle, then I cast on at least 3 times before giving up and trying a plain 2-color brioche scarf to figure out the basics.

Turns out doing brioche in the round with magic loop is really hard! So I switched from the really long old #6 needles to the interchangeable normal #6, short enough to just do in the round. That was much simpler.

The increases and decreases are tricky, but it helped to remember that each wrapped-together stitch, though consisting of two strands, is described as a single stitch.

Overall, I ended up enjoying it! I’m thinking about making more, oddly enough.